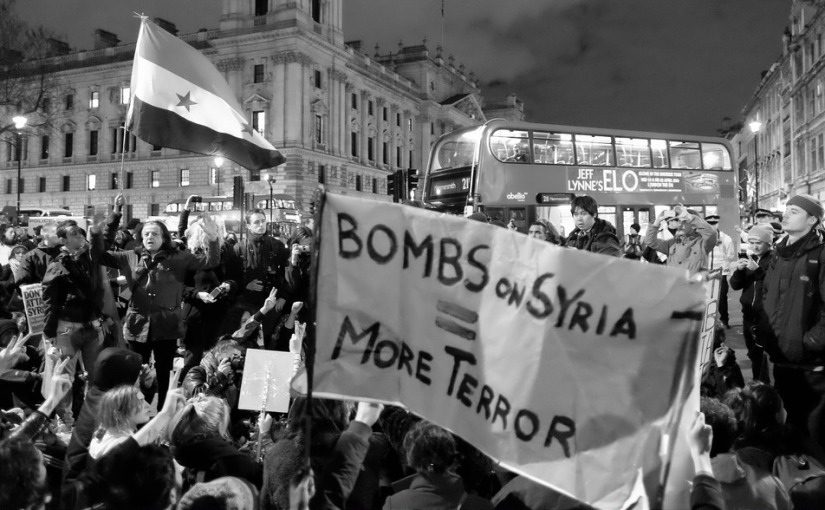 Syria cries for acknowledgement of their present adversity

The city of Eastern Ghouta has been pounded by Syrian Government bombs since the last week of February. With the death toll escalating, the United Nations Security Council has called for a ceasefire. Despite this motion, violence continues.

The Syrian Government has severely intensified military actions in efforts to recapture control of rebel-held Eastern Ghouta. Multiple factions of anti-government groupsliving in the now besieged city are undergoing the government’s attempt to power there. While President Assad’s administration denies targeting civilians, the bombing has resulted in at least 500 civilian casualties, many being women and children. In addition to the fatalities, hundreds of thousands are trapped in the besieged area with extremely limited medical resources and access to food and water. This recent surge of violence has received international attention, not only because of the humanitarian crisis, but because the nearing eight-year war in Syria involves many neighboring countries, the United States and Russia. The multiplicity of power-players in the conflict pose apparently unyielding obstacles to long term solutions, but the international community is addressing possible actions for the immediate crisis at hand.

In response to this outbreak of violence and the ensuing humanitarian crisis, on Feb. 24, the United Nations Security Council unanimously agreed upon the calling for a 30-day ceasefire. Addressing the Security Council meeting, Under-Secretary-General for Political Affairs, Jeffrey Feltman, remarked, “There are no words to express our frustration over the collective failure of the international community to end this war. But that frustration is nothing compared to the suffering and destruction visited ceaselessly upon the Syrian people.” In addition to the call for ceasefire, the council insisted that action follow with regular humanitarian aid convoys, medical evacuations and the immediate lifting of sieges. Secretary-General Antonio Guterres added, in statement, that “the resolution will be immediately implemented and sustained, particularly to ensure the immediate, safe, unimpeded and sustained delivery of humanitarian aid and services, the evacuation of the critically sick and wounded and the alleviation of the suffering of the Syrian people.”

A young Syrian’s plea for help

Amid the attacks in war-torn Eastern Ghouta, 15 year old @muhammadnajem posted a plea for help from the American people on twitter. As the violence continues, Syria waits for the United Nations’ plan of action to be carried out. The Syrian youth raise their voices in urgent request for help. Muhammad Najem appeals not just to the Attorney-General of the United Nations, or the President of the United States, but to American citizens. His petition beckons the question: what can we, as global citizens, do to answer the cries of the Syrian people?

For interviews with UW-Parkside professors, and more community discussion on possibilities for local and global response to the situation in Syria, tune into the next issue of The Ranger News.