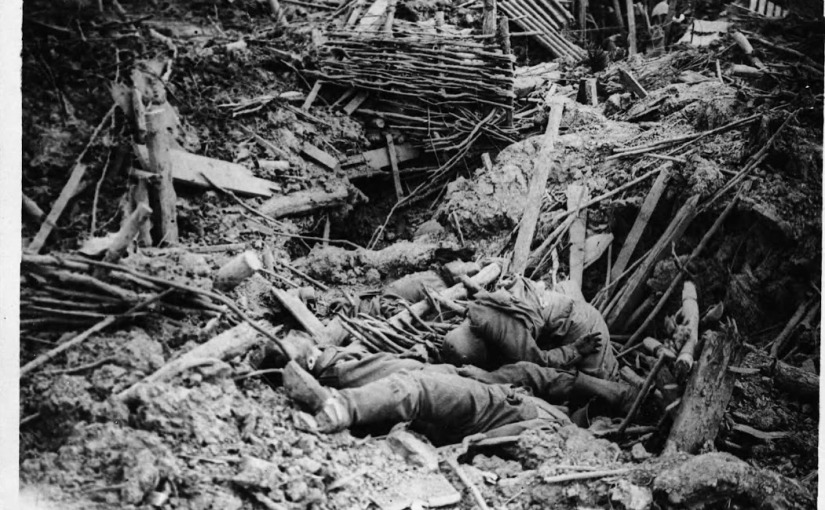 “Gentlemen, I do not know whether we shall change history tomorrow. But we shall certainly alter the geography,” were British Major General Charles Harington’s words hours before he and his soldiers set off the largest explosion the world had ever seen pre-Atomic bomb.

Fighting on the Western front in World War One was some of the bloodiest and most brutal combat ever seen in Europe prior to 1914. Although European countries had a long history of going to war with one another, none had ever been quite so global as WWI, otherwise known as the Great War, and was regarded as the war to end all wars. Unfortunately, as we now know, WWI was not where warring ended, but it was a universally important part of history and a milestone in modern warfare.

Beginning in June of 1917, Harington began planning the final stages of an attack of unprecedented proportions on the Germans near the town of Messines, Belgium. The fighting along Messines Ridge had been relentless and unforgiving, but for two years the British and the Australians had been digging a network of tunnels below the ridge where the Germans had the high ground. Within these tunnels, soldiers placed 22 landmines, planning to detonate them on June seventh in the early morning hours.

This tactic came after the allied command began to recognize a pattern of shortcomings in their attacks on the German army. Fighting during the war was often long and ended high casualties and few gains for either side. This was especially apparent in trench warfare, when fighting went on for months or years at a time in some places. Using landmines in such a way was a fresh idea in a stale war. Never had an attempt to implement landmines and detonate them on such a scale been used before.

The results of the blast at Messines Ridge were earth shattering, quite literally. Nineteen of the twenty-two landmines had detonated and the blast was so massive that it was heard and felt in London, and in some reports even further. The explosion wiped thousands of German soldiers off the face of the earth and stunned their remaining troops so that the Allies could push forward and take the ridge in the confusion. It was a huge allied victory.
The blast at Messines Ridge permanently altered the landscape and marked the largest man-made explosion before the beginning of the nuclear era. The landscape in Messines is now mostly flat, a small hiccup in the grass where the explosion took place nearly 101 years ago. The Allies had made a permanent and lasting mark in a war that would continue for another year, claiming hundreds of thousands more men’s lives in the process.