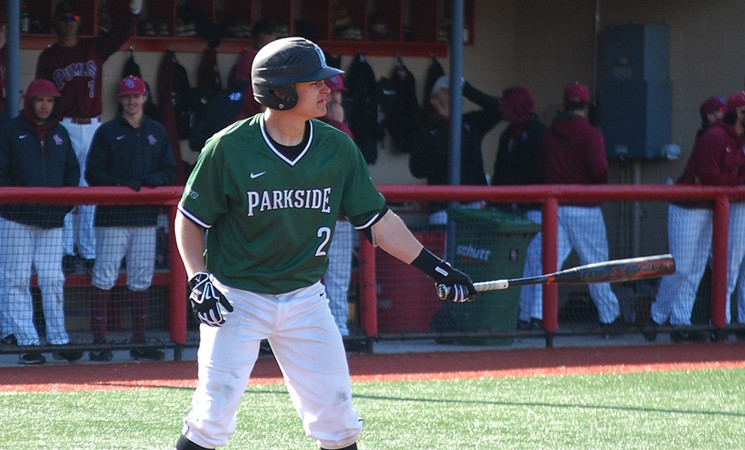 The Rangers walked into the four-game series against Southern Indiana. Feeling confident, they were 12-10 and were coming off of a 3-1 series win over St. Joseph’s. Southern Indiana proved to be a nasty surprise. The Rangers lost all four games by a combined score of 7-31, including a 14-3 loss to wrap the series up. This dropped the Rangers from 12-10 and 6-2 in the Great Lakes Valley Conference (GLVC) play, to 12-14 and 6-6 in GLVC play. However, an offensive explosion was just around the corner.

The Rangers came into Indianapolis knowing they needed to prove something, and they did just that. The Rangers led by an early two-run first inning in the first of a four-game series and gained a 5-0 lead after the third inning. It was at that point that the pitching took over. Nate Stolte got his third win of the season with a save by Max Widmar as the Rangers blanked the Greyhounds and only gave up six hits, winning the first game 5-0. In game two, the Rangers demolished the Greyhounds, leading with a grand slam by Senior catcher Jake Kolasinski, who batted in seven total runs in the game. This pole vaulted the Rangers to a crushing win over the Greyhounds. The Rangers lost game three of the series 1-7, giving Parkside pitcher Nicholas Rana his third loss of the season. Game four, though, was an onslaught of hitting.  Junior Andrew Luscomb hit a homerun and four runs batted in (RBI’s) while Redshirt Senior Nick Janssen hit a grand slam and four more RBI’s. This accumulated in a 21-11 win for the Rangers. This gave the Rangers a 3-1 series win over Indianapolis, which totalled 43 runs in that four-game stretch and 42 in their wins.

Coming off the offensive dynamite that was the series against Indianapolis, the Rangers now get ready to play GLVC foe, Illinois Springfield (UIS), in a four-game home series. UIS is 22-15 on the year and 11-5 in GLVC play and are coming off of a 6-2 win over Truman State on April 18. The Rangers look to beat the streaking Prairie Stars and avenge a 3-1 series loss last year. The two doubleheaders start on April 22. The first game is at noon and the second at 3 p.m. at Oberbruner Field here at UW-Parkside.