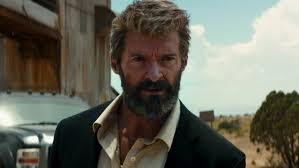 “Logan” is directed by James Mangold and is the final film where Hugh Jackman will take on the mantle of the infamous Wolverine character one last time. I want to be as vague as possible with this plot, because you just have to experience it first hand. Taking place in the distant, dark future of 2029, an old, burnt out Logan (Jackman) and a sickly, older version of Charles Xavier (played by Patrick Stewart) must come to the aid of a young, new mutant that’s being hunted down by a mysterious, malicious squadron.

For the first time in history, this Wolverine film is Rated-R. That is still an anomaly for a comic book movie in today’s day and age. If there was ever a character in literature that needed an R-rated adaption to film, it would be Wolverine. That is just the rating though, so how was this story executed?

I only truly love three comic book movies: The Dark Knight, Captain America: The Winter Soldier & Civil War. Well, now it is four. In all honesty, this final chapter in the story of Logan was crafted so brilliantly in this film.

As I touched on before, this film is Rated-R and that is not just for show. This is a hard “R” movie, and there is no way to sugar coat it. From the opening scene alone, the audience can tell this is going to be brutally violent, and I loved every second of it. There is a great amount of gore utilized in the story, but it all has impassioned meaning behind it. The action set pieces are fast-paced, vicious and emotionally charged, all thanks in part to a thrilling screenplay from James Mangold and a stellar performance by Hugh Jackman.

Speaking of Jackman, he gave the best performance of his entire career. Jackman has portrayed the Wolverine for nearly two decades after being casted in 2000 and everything since then has been an evolution into this broken, hostile character represented here. Hugh Jackman knows this role like the back of his hand and it shows through this final depiction. Per usual, Patrick Stewart is also so great in this film, reprising Professor X for what will most likely be his last go-round as the character.

This film is such a refreshing change of pace from any X-Men movie before it. At its core, this is a very bleak, serious character piece. That is not to say that everything in the film is depressing—there are fun segments scattered throughout—but for the majority, this plot is surrounded in a vast amount of emotional despair. These characters have seen and done things in the past that haunt them to this day. I could not believe that by the end of this film, my eyes were actually watering a little. Does that sentence sound kind of funny? A Wolverine movie made my eyes water. I kid you not, this is a strong, riveting adventure for the titular character.

If you know someone who has ever said they’re tired of all these comic book/ superhero movies that come out, Logan is the film you show them. This movie floored me from start to finish. I could not imagine a better send off for one of the most iconic heroes of the modern era. This is an emotionally gripping, thought-provoking character film with a ton of heart and a satisfying swan song for Hugh Jackman’s Wolverine persona.

I am going to give Logan an “A+” on the movie grading scale. I would be very surprised if this film is not in my Top 10 this year. This was everything fans and I alike wanted out of an R-rated Wolverine movie. It does not matter if you have never seen a single X-Men movie because this film stands on its own. If you are not a fan of mainstream superhero movies, Logan is the one to see.