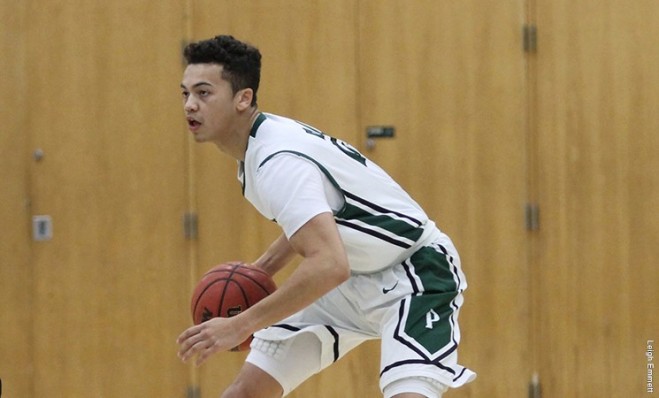 When men’s basketball coach Luke Reigel was asked who the team leader is on this year’s team, he immediately named senior Alexander Brown. Brown is in his second year on the UW-Parkside campus after transferring from Lake Michigan College.

Alex had a successful career at his previous school where he was a Second Team All-Michigan Community College Athletic Association Western Conference selection in 2015. When asked why he decided to attend UW-Parkside to continue his basketball career, Brown said, “I’ve never heard of the college before I came on a basketball visit. I liked the campus, and everybody was friendly, so I decided to attend.”

A playmaker from a young age

Brown has loved basketball for his entire life and has played for as long as he can remember, even recalling a Little Tykes basketball hoop he played with when he was just four years old. Brown credits his parents with getting him into the game and making it something he loves. Brown explained that he “used to watch ESPN, and NBA games with my dad when they were on. My parents really introduced me to the game.”

This season, Brown has been the unquestioned leader that Coach Reigel has needed for the Rangers and has led the team in scoring with 17.4 points per game. Brown likes to give it his all every game because Coach Reigel has taught, and showed him a lot in his time here at UW-Parkside. When asked what Coach has done for him in his time on campus, Brown said,

“Coach Reigel gave me the opportunity to continue to play basketball, and has helped me realize life is bigger than basketball. The friends I made are forever long, basketball is only temporary.”

While Brown and his teammates have had a lot of success to celebrate on the court, his favorite thing about his time here at UW-P would be the relationships he has built in his time here: “I have made friends here that I will stay in contact with my whole life. I’m blessed to be put in the situation to have the opportunity to make these great relationships with amazing people.”

On the court, Brown’s favorite memory was the overall success of the team last season. “It was a great feeling to be a part of such a great team.” Brown stated when asked about being on the NCAA Tournament making team last season.

While Brown does have a few games potentially left here as a Ranger, as far as his future goes, he is still unsure. When asked what he would like to do after graduating from UW-Parkside, he said, “I am uncertain of my plans for the future. Hopefully I can continue to play basketball at some level.”